Was recovery of Japanese economy in mid-00's led by export?

No, it wasn't. And here is the reason. 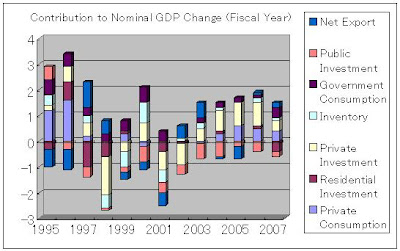 But what is important is real GDP, and net export contributed to that growth, right?

Well, it's true that net export contribute to real GDP growth, as I showed in the last graph in my previous post. I'll show the graph again. 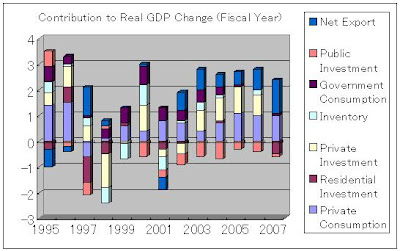 This is in stark contrast to the nominal-based graph.

Then, what caused this difference?

Two graphs below answer that question. 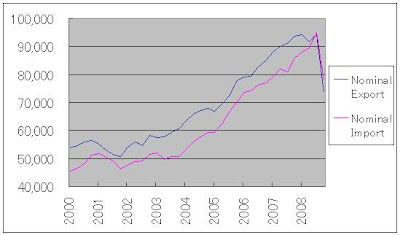 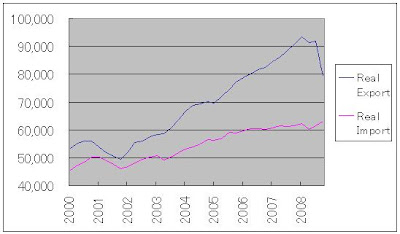 This means that import price hike, caused by the price hike of oil and other natural resources, was what led to contribution of net export to GDP growth on real basis. Of course, it has nothing to do with the increase in export. Yes, export did increase, but that increase was consumed by the increase in import.

In other words, Japan increased export to pay for the hike in price what they import. Otherwise it would have run trade deficit. That situation could be hardly called export-led growth.

Put another way, real GDP growth was somewhat due to net export, but real GDI (Gross Domestic Income) growth wasn't. This is because real GDI is approximately calculated by replacing net export factor from real to nominal. From this point of view, Japan is in contrast to Canada as Prof. Stephen Gordon explained.