In my previous post, I showed that the story of export-led recovery of mid-00's Japan is a myth.

However, there are still many economists who believe that myth. Paul Krugman may be the most famous one among them.

For example, in his April 27 blog post, he showed the following graph. 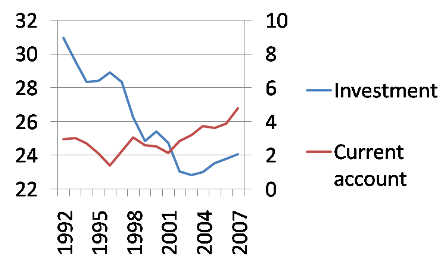 He made two mistakes here.


What he used as investment is actually Gross Fixed Capital Formation (GFCF).
And by definition, it contains Government Investment.


He failed to recognize that Current account balance and trade balance could be very different.


Let's start with investment. Below is the graph of GFCF and Private Investment (% of GDP). 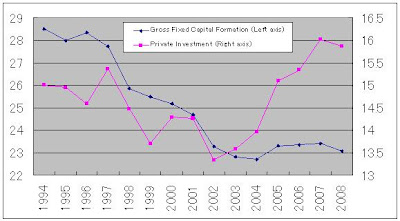 (source: Cabinet Office HP; click to enlarge)
You can see that while GFCF stagnated after 2003 as Krugman said, Private Investment did increase.

Why this discrepancy occurred? As GFCF consists of Private Investment, Residential Investment, and Public Investment, let's see the movement of each of the component. 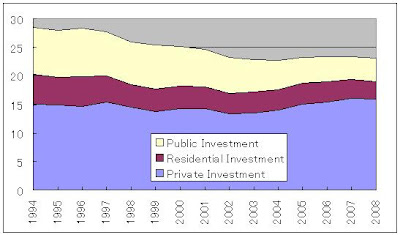 Private Investment increased, but the cutback of Public Investment more than offset that increase. The cutback was done because the economy recovered, and budget deficit cannot go on forever. So using GFCF as the sign of lack of investment is total nonsense.


And here is current account and trade balance graph (% of GDP). 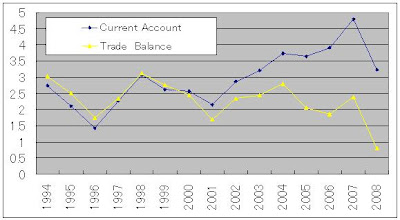 (source: Ministry of Finance HP)
Both moved in parallel until 2000, but after that, the movement became very different. Trade balance actually shrank from 2004 till 2006.

The reason of this discrepancy can be also understood by seeing the movement of components. 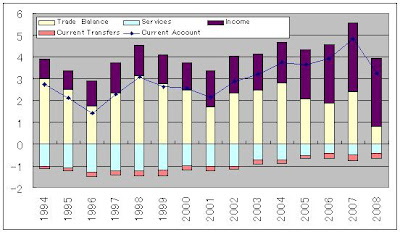 Income from abroad increased, and that increase was main cause of the discrepancy between current account balance and trade balance.


As a matter of fact, this is not the first time Krugman made mistake on Japanese basic economic statistics. Below is the graph he used in his February 28 post and April 2 post. 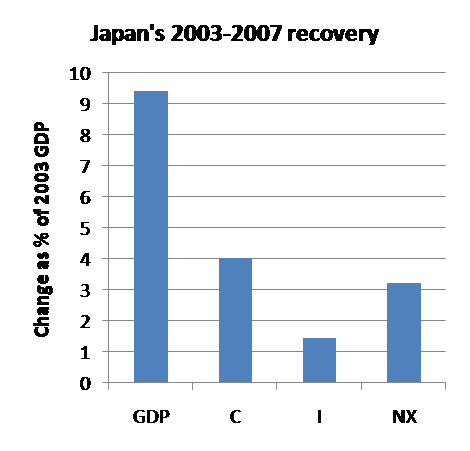 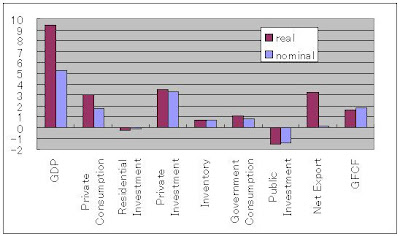 You can see that Krugman is using GFCF as "I" in the above graph, too. And you can see "NX" contribution is next to nothing on nominal basis.

I repeatedly pointed out these facts in his blog comment, but apparently it didn't get through to him.